“The (Muscogee) Creek Nation’s investment to revitalize The Riverwalk and expand River Spirit Casino & Resort, have transformed South Tulsa into a destination for tourism and conventions.” 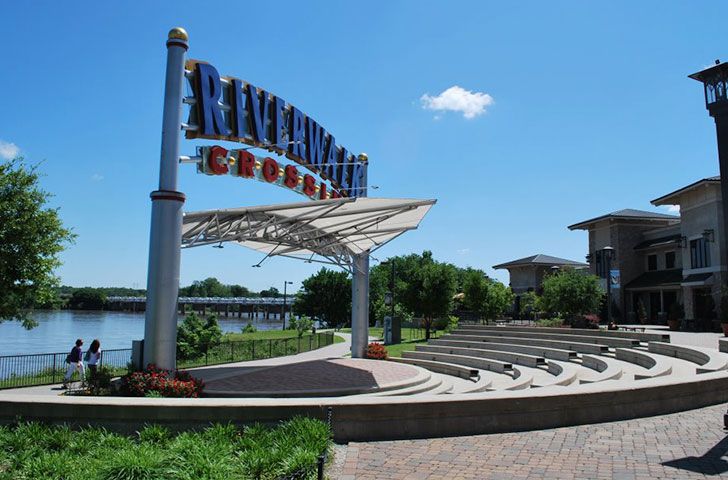 Riverwalk Crossing is a revitalized shopping and entertainment district in South Tulsa.

We are proud partners in South Tulsa, investing nearly $20 million to purchase and revitalize The Riverwalk, an entertainment and shopping district along the Arkansas River. When purchased, the property was only 30 percent occupied and on track to hinder the local economy. Riverwalk occupancy has since increased to more than 95 percent. The district now features a golf entertainment center and many locally owned businesses have expanded into the complex. MCN’s investment in local communities goes beyond just improving business in the once failing district. The development of The Riverwalk has spurred additional growth in the area, bringing new retailers and businesses that once would have found South Tulsa less than ideal for a small business. Collectively, the Nation pays more than $300,000 in property tax and generates nearly $2 million annually in sales tax for state and municipal governments.

Additionally, Muscogee (Creek) Nation’s commitment to its employees and the greater Tulsa area was evident during severe weather and flooding in 2019. River Spirit Casino was shuttered for two full pay periods, affecting 1,400 employees. However, all employees continued to receive wages during the closure, which totaled $5 million in payroll expenses.