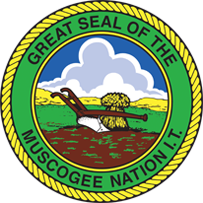 The Muscogee (Creek) Nation is thriving and this report highlights how we are providing critical services such as health care, transportation and housing to our citizens, as well as sought-after jobs and education opportunities across the region, Oklahoma and the United States.
– Principal Chief James Floyd

This report details the economic impact of the Nation within our 11-county territory. Our economic development is crucial to our ability to provide critical services such as health care and housing to Muscogee (Creek) citizens. We operate in a number of sectors including: cultural tourism, gaming and hospitality, educational institutions and other businesses that benefit all Oklahomans.

It is an honor to serve the people of this great Nation. My goal is to allow our citizens, as well as the public, to see areas where improvements have been made, and to objectively measure our success as a benchmark for the future. 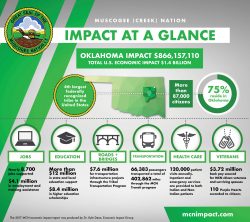 In a hurry?
See the impact at a glance.

In addition to providing critical services such as health care and housing to MCN citizens through our tribal government operations, we operate diverse entities such as cultural tourism, hospitality and gaming, other diversified businesses, and educational institutions that benefit all Oklahomans.

An estimated 8,700 jobs statewide can be attributed to the MCN and its activities.  More than $12 million was directly contributed in state and local support. 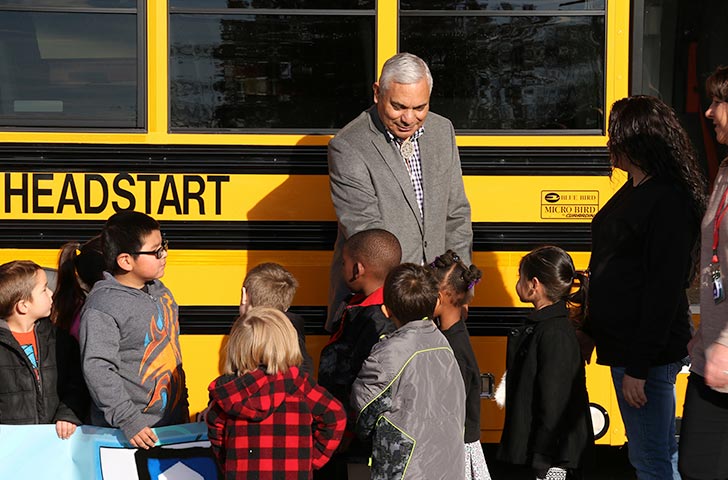 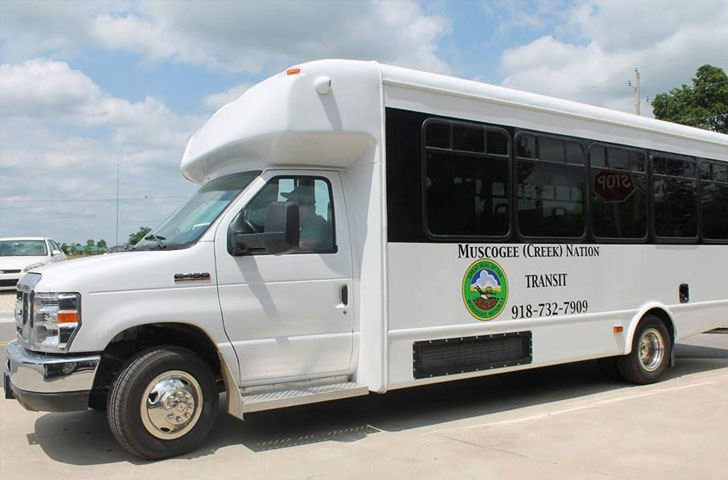 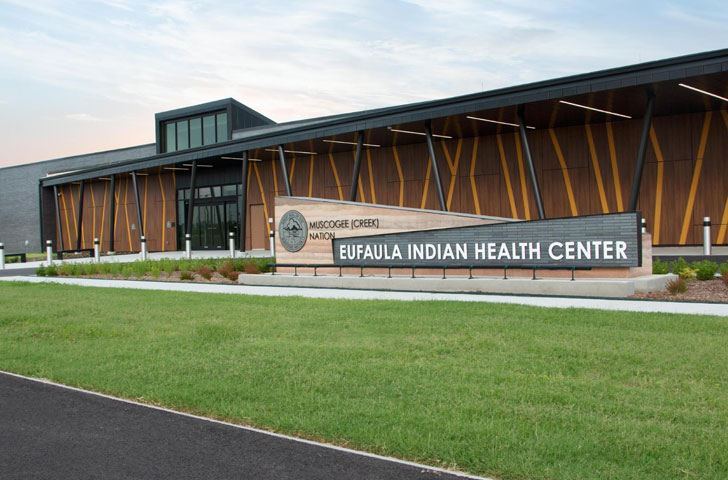 The MCN operates one of the largest tribal health care systems in the state, providing more than 120,000 patient visits and more than $37 million annually in care to both Indian and Non-Indian populations.

TULSA, Oklahoma – The Muscogee (Creek) Nation had an economic impact of $866 million in Oklahoma in 2017, supporting 8,700 jobs that paid $303 million in wages and benefits to workers, according to a new study released Wednesday.

In the U.S., that number increased to an economic impact of $1.4 billion, accounting for more than 10,000 jobs and paying $443 million in wages and benefits.

MCN is the fourth-largest federally recognized tribe in the U.S., with 87,000 citizens. It is headquartered in Okmulgee, Oklahoma.

“The Muscogee (Creek) Nation is thriving and this report showcases how we are providing critical services such as healthcare, transportation and housing to our citizens, as well as sought-after jobs and education opportunities across Oklahoma and the United States,” Principal Chief James Floyd said.

The report, which was released during a news conference Wednesday at River Spirit Casino, breaks down the tribe’s investment in each of the 11 counties in its jurisdictional area in east-central Oklahoma.

Muscogee (Creek) Nation’s commitment to its employees and the greater Tulsa area was evident during recent severe weather and flooding. River Spirit Casino was shuttered for two full pay periods, affecting 1,400 employees. All employees continued to receive wages during the closure, which totaled $5 million in payroll expenses.

“We are committed to our workers and to River Spirit Casino in Tulsa,” Floyd said. “Continuing to pay wages despite the closure shows our investment in our employees.”

According to the report, in 2017, MCN provided more than $12 million to state and local governments, including nearly $34,000 to school districts in Creek, Muskogee, Okfuskee and Okmulgee counties. Combined with the education portion of gaming exclusivity fees, the report estimates that $8.1 million in education funding was provided to districts within Oklahoma.

In addition to the report, a new website allows users to select a county and read about how the tribe has invested in that area. The website can be viewed at www.mcnimpact.com. For example, 36 Lighthorse officers patrol an area four times the size of Rhode Island. A team of swift-water rescuers has been deployed to rescue missions across Oklahoma and other states. Meanwhile, a $50 million investment in Okfuskee County built the Okemah Creek Nation Community Hospital, which serves both Native Americans and non-Native Americans.

“We want to continually improve the lives of Muscogee (Creek) Nation citizens and non-citizens alike, and we continue to invest thoughtfully in critical services areas as well as cultural experiences and tourism,” Floyd said. “We hope the report and accompanying website will give thorough insights into our work in Oklahoma.”

The Muscogee (Creek) Nation is the fourth-largest federally recognized tribe in the United States, headquartered in Okmulgee, Oklahoma. MCN has more than 87,000 citizens, 75 percent of which live in Oklahoma.